The sign of the times in the office technology dealer world is diversification. Besides the traditional hardware they’ve always sold, solutions and services remain at the top of most dealers’ diversification lists. Now some manufacturers — Toshiba, for one — are branching out into digital signage, creating more opportunities its traditional office technology dealers can diversify into.

Are dealers ready to make that transition and expand their product offerings in a completely new direction? Bill Melo, vice president of marketing, services & solutions for Toshiba, certainly thinks so. “We recognize that print volumes are flat or declining and that MFPs are flat or declining,” he said, “and for our direct channels and dealers, we’re advocating alternate, complementary forms of revenue.”

The inspiration behind Toshiba’s entry into the digital display space is its parent company, Toshiba TEC Corp., who happens to hold the world’s leading market share in retail point-of-sale devices. “We were looking to collaborate with that group to expand, and one of the trends in retail is toward increased use of digital signage and touch-screen media for communicating with customers,” Melo explained.

It doesn’t take a rocket scientist to understand that initiatives like this are one of the requirements for remaining competitive and viable in today’s digital imaging technology space. “We’re always trying to reinvent ourselves and be cognizant of trends in the marketplace, and this is great positioning for us, given our legacy in retail and our legacy as a provider of displays,” Melo noted.

This initiative will help position Toshiba as a company that can manage communication whether printed, stored or flowing in a workflow scenario across the digital screen of a tablet, digital sign or billboard. “We saw that as something we and our dealers could execute, so we decided to go for it,” Melo said.

The initiative was somewhat unintentionally launched last October at Toshiba’s LEAD event in Las Vegas that brought together Toshiba dealers and customers. The original intent going into LEAD was to showcase the digital signage in the exhibit area mainly for end users, as the digital imaging folks at Toshiba felt this would end up being a Toshiba Managed Business Services (TMBS) initiative.

But things changed. “We were blown away by the reaction of our dealers, who were a hundred times more interested than I thought they would be,” Melo said. As a result, Toshiba has spent the past few months putting together all the components of a dealer program for this product segment.

The new program
Melo placed Toshiba dealers into three categories: those who haven’t recognized yet that they need to start looking for new revenue streams and are just plowing along, those that have recognized they need different revenue streams and are struggling with how to make that a reality, and those that get it and have an active plan in place.

“There are a lot of people in that middle bucket who get it but haven’t put together an effective game plan for execution yet,” Melo said. What that spells for Toshiba and those dealers is opportunity. If you listen closely, you can almost hear it knocking.

With the exception of a few early adopters who were looking for instant gratification, Toshiba is still putting the finishing touches on the program and is planning an early April rollout that encompasses a wide range of signage products. The program manager for digital signage is Irene Chow, a veteran of the industry who has been instrumental in onboarding Melo and other internal Toshiba personnel as well as the handful of dealers who are already selling these products.

Although there are other sources customers can access content from, Toshiba wants to ensure that it or its dealers are one of the go-to content sources. “There are a lot of different applications for digital signage in different vertical markets — it could be menu boards, way-finding, corporate communications, health care patient registration — and most of these applications have some level of customization attached to them,” Melo said. “What the dealers will be able to rely on is engaging the customer who has a special requirement and creating that application for them. In a retail environment, that might be managing the displays throughout the stores, content related to fashion or content related to sporting goods. That’s something we can do — create content and manage it for them.”

Toshiba’s product line for this segment consists of a broad menu, and similar to its MPS program, it reflects a multibrand approach. On the very high end are Toshiba LED products, representing everything from stadium scoreboards to the big displays in Times Square as well as displays in TNT’s studios for basketball programming. Those are six- and seven-figure products. The low end encompasses LG 42-inch displays that allow people to input content via a USB connection; these are typically in the $500 to $600 price range.

The target for dealers is somewhere in between that might come in the form of a wall display or a number of screens. To get content on the screen(s), a media player holding the information will be required, and those usually cost about $500 to $1,000 per screen. “The sweet spot (for dealers is) with one or more screens with media players attached and some sort of content provisioning that (will cost) $20,000 to $50,000,” Melo said.

Onboarding dealers
Melo finds this product segment fascinating and fun, but like some Toshiba dealers, he had to be convinced that this was a wise move for an office technology and services company. “When we first started looking at this, which was maybe 15 months ago, I had my concerns about how applicable we could make this to our business,” he said.

What made him confident that Toshiba could ultimately pull it off? The similarity it has to selling a document management solution. Before you say, “Huh?” listen to Melo’s explanation: “The process for delivering the solution is not altogether different from the process of delivering a document management solution — meaning, you need to understand your customer’s business process, you need to understand their objectives, (and) you can create a statement of work so that you and they are on the same page as to what you’re delivering … (while you) project-manage the installation and the post-installation.”

The primary competitors that Toshiba dealers can expect to face as they ramp up their digital signage business are audiovisual (AV) equipment vendors. “The advantage for the dealer is that there’s no company our size backing a multivendor approach, and most of whom we’re aligned with are providing us product and also have their own direct sales efforts. So there will be an LG enterprise group, an NEC enterprise group, but there’s no one doing a multibrand or managed service — managing the screen and managing content —  from a single vendor,” Melo said.

As far as education and training, the most important aspect for dealers entering the business to focus on now is presales, since — as Melo points out — there’s not a lot of break-fix involved here; if a display doesn’t work, it’s simply replaced. Most of the training will be conducted online in webinars through Toshiba University and will focus on designing a solution, identifying customers, identifying applications and implementing the solution. That’s what Toshiba was focusing on at press time as it was putting the final touches on this dealer program.

Key markets for dealers to hone in on include retail, health care, corporate and financial services — markets that shouldn’t be all that unfamiliar to the average imaging technology and solutions dealer.

Although the program has barely just begun, Melo has lofty expectations as to what he’d like to accomplish in this first year. If all goes according to plan, he expects to continue to see a tremendous amount of enthusiasm from end-user customers and dealers while turning digital signage into a substantial revenue generator and business segment for Toshiba. “Every day that goes by that we’re doing this, I’m more comfortable and confident we made a good decision to go into this business,” he said.

This is a product category that can’t be ignored and an area where only a handful of OEMs have an advantage over others. The writing is on the wall … except now the content is digital.

Memjet Takes Its ‘Think Fast’ Story to the MPS Channel 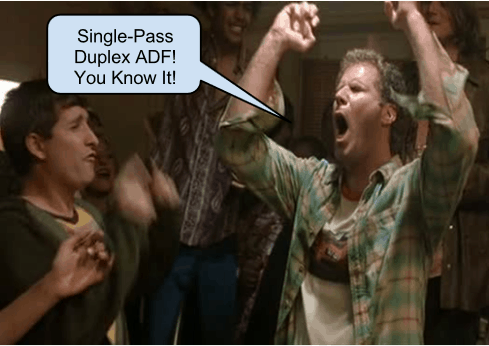 Memjet Takes Its ‘Think Fast’ Story to the MPS Channel