In Arizona at the end of March, Samsung Printer Group held what may be their last national dealer meeting. Despite what could be described as a “fluid situation,” both Samsung and HP executives did a noteworthy job of outlining as much detail as possible about the impending transition while also maintaining an air of transparency — no small task given the large undertaking now in full swing and the level of anxiety of some of the dealers in the room.

We’ve written extensively about HP’s moves in the A3 space here and here, so I thought I would focus on the message Samsung executives were delivering, at least until we get to the end of this blog.

Matt Smith, VP Printing Solutions at Samsung Americas, kicked off the event by detailing the “wins” for 2016. Smith painted a picture of excellent growth overall for the Samsung Printer Group, not only in number of new dealers, but also revenue, margin and units placed in both A3 and A4 segments, as well as an increase in enterprise sales. Smith believes that the addition of the MX7, with speeds of up to 60 ppm, to the lineup has really allowed dealers to sell and have confidence in a full line of products — and that has directly influenced growth. Add to this equation what Samsung considers a key differentiator in the market – the Smart UX platform – and now there is the ability for dealers to flip the conversation from talking CPP to talking productivity gain. And that, Smith believes, is the key to more enterprise sales. Smith came back later in the day to talk about 2017 and Samsung’s focus on stable growth and momentum. Samsung plans to spend a lot of time and energy going forward on getting more and more of their dealers what he calls “enterprise ready,” which we have to assume is also a goal for HP. This will strengthen their ability to patch together larger interterritorial deals and give some peace of mind to the dealer who hands off a client to a dealer in another region, with the expectation that their client will receive a similar level of support and customer experience within the Samsung network.

Clearly Samsung will also have some dealers exiting their program, something they’ve already been experiencing. The Samsung printer brand will cease to exist in about two years, and that is going to cause a departure by dealers that have no interest in the HP brand or feel HP has no interest in them. This is inevitable. So how will it look for those that remain through the transition? Smith vows that it will be stable and consistent. The overall theme of the event was “Business as Usual,” and every presenting executive – including HP — echoed the theme. Samsung will continue to use Supplies Network as their distribution partner, and has reinforced the relationship with renewed long-term contracts that respect the credit, capital, technical support and service and parts perspectives. Samsung’s proprietary service also maintains the refrain of steady and consistent, according to Smith. All their key people are staying on with long-term futures in the new organization. The infrastructure, technical knowledge and call centers will all remain.

Importantly, Smith stated that dealers will continue to have access to the entire Samsung portfolio – including TVs, tablets and all the mobile products. Those relationships will be maintained inside of Samsung. Dealers will have a smooth landing inside of Samsung for this area of business.

The Tale of S-Printing Solutions

S-Printing Solution was spun off from Samsung’s printing solution group late last year; it will eventually be sold in its entirety to HP.  Dr. Ki-ho Kim, CEO of S-Printing, discussed the firm’s creation and how it will lead some of the A3 and A4 business as part of HP’s global operations including product planning, R&D, manufacturing, quality control and go-to-market. Dr. Kim formerly led the R&D department at Samsung Electronics where he became involved with the smartphone and smart tv divisions. He later became head of the printing solutions business where he was able to incorporate some of the new technologies developed at Samsung Electronics. Those experiences contributed to the Samsung Printing Group architecting the Smart UX Center, which is becoming a major focus for both Samsung currently and HP going forward in the new organization. It is a key part of the portfolio and major investments are being made to develop it aggressively. They consider the Smart UX a valuable solutions tool to customize workflows and key to differentiating themselves.

Next, David Song, SVP and global head of Sales & Marketing at S-Printing, led us through the process of integration with HP. Until what they are calling Day One, the two entities will operate as two separate companies under two separate brands. There are numerous regulatory and legal hurdles to cross before they can reach Day One —  the day they are officially one company. That is expected to occur sometime in the second half of this year, and after that date, the Samsung brand will continue to be a part of the product portfolio for up to two years. Full integration under the HP banner is slated for late 2019. In a nutshell, AFTER Day One According to Song, by the time of integration, dealer contracts will be transferred to HP, but legal terms and conditions will be fully honored. The only difference is that the former Samsung employees will support dealers under the legal and official name of HP. The partner contract dealers have signed will be newly authorized under HP. On a side note, we’ve been told that this process is actually already ongoing – most contracts have already been transferred, which will allow a dealer to be HP authorized and HP approved now so there is a smooth transition on Day One.

Song went on to mention that on top of Samsung’s line, HP will add various implemented products from inkjet to 3D printers. This is intended to give dealers a more diversified portfolio to work with. In addition, Song indicated that HP has done a lot of work over the years to build up a very healthy business infrastructure for enterprise customers. The HP programs and nationwide service networks will be readily available to dealers, and Song says Samsung expects these offerings to help dealer business operations. Starting off with a legal disclosure after coming on the stage, Tuan Tran, general manager and global head of Office Printing Solutions at HP Inc., walked us through the new HP Inc. – key takeaways being that HP has been gaining market share in a declining market, and maintains the No. 1 printing business in the world. One thing HP is not No. 1 in is A3 and they would like to claim that title as well — currently HP has a 2-3 percent market share, which Tran said came about accidentally since they were not previously designed for the contractual market. HP started collaborating with Samsung on the MX4s and MX7s and putting their solutions framework on those machines, which sparked the initial interest in a deeper relationship.

“We … realize we need to learn a lot about what it takes to succeed in this channel” in going from a transactional to a contractual model, said Tran, “We’re embracing that … We don’t know everything. We want to be nimble, we want to be fast and we want to learn how to operate in this marketplace.”

As Tran described it, after Day One, Samsung dealers will get an opportunity to sell the broader HP portfolio, subject to the criteria they have for their other channel partners. There will be open distribution of some parts of the portfolio, select distribution on other parts of their portfolio and closed distribution on the rest. This applies to large-format printing, inkjet printers, commercial PCs, 3D printers and other HP products. They want to manage geographic distribution and not oversaturate markets. So as part of the HP Partner First program, dealers will have access to the portfolio if they qualify. Tran stated that “it is an important ‘if’ because there are all sorts of important criteria to qualify.” Tran made sure to reinforce that HP will stand behind the commitments that Samsung makes in terms of long-term deals, since the A3 business is a long-term commitment. He closed by saying HP sees a bright future with the combination of Samsung and HP. They want to achieve double-digit market share, and when it comes to A3, “Our aspirations are nothing short of being No. 1.” No one disputes the power and position of HP, but many have had something to say about the way HP operates and has treated its dealers and resellers in the past. The transparent nature that was on display from both the Samsung executives as well as HP was refreshing to see and made a lot of inroads during the event. HP executives stayed throughout the entire event and mingled with attendees during breaks and both nights at the evening functions.

However, there is a high level of anxiety from some of the dealers interested in carrying HP who are concerned about what “if you qualify” means – I had some animated conversations with several dealers right after Tran spoke and I think there are still a lot more questions than answers. HP and Samsung both want Samsung to end strong before they merge, and that is a tall task when dealers and even some clients know that the Samsung brand will not exist in a few years.

Tran’s committed stance that HP will be No. 1 in A3 rang some very familiar tones to comments Samsung executives made while I was in Korea last year. These two companies may be more similar than they realize. Both have incredible track records and are leaders in innovation. Powerful synergies and best in class R&D on both sides make for excellent “coupling.” But how does the young couple do when they move in together? And do they forget the old friends they had when they were single? Do they make new friends as a couple? It’s the new reality show and the entire channel is watching.

Patricia Ames is senior analyst for BPO Media, which publishes The Imaging Channel and Workflow magazines. As a market analyst and industry consultant, Ames has worked for prominent consulting firms including KPMG and has more than 10 years experience in the imaging industry covering technology and business sectors. Ames has lived and worked in the United States, Southeast Asia and Europe and enjoys being a part of a global industry and community. Follow her on Twitter at @OTGPublisher or contact her by email at patricia@bpomedia.com. 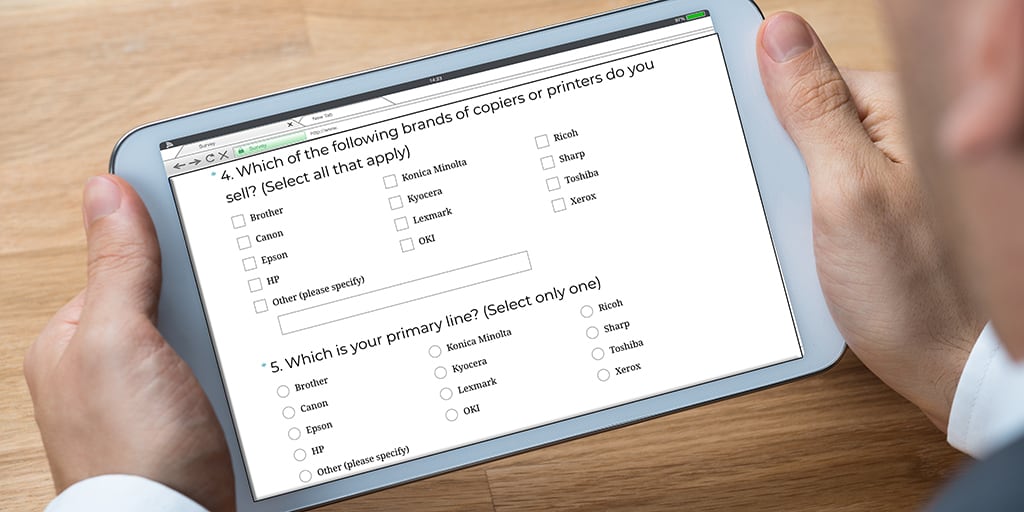 The New Adventures of Old Xerox