Over the last several years the refrain that print is dead, paper is going away, and digital is where it’s at has become like a buzzing in the ear — prevalent, pervasive and often dismissed as background noise. But there is still some truth to that story — the important thing to understand is that it’s not just happening organically. There is a key to all of it, and that key is digitalization, i.e., the process of getting something into digital form. Yes, a lot of information in 2018 is born digital, but all of the information that came prior to the digital age started somewhere else. The need to turn information on paper into digital, useful data means that the scanner will continue to be an important hardware trend for a long time to come.

Perhaps at some point between the origination of the term “paperless office” — an origin story that has now passed into myth — and today, there was a vision of a purely digital office in which all those thousands upon thousands of papers had been digitized and all new correspondence, records and other paperwork was created digitally. But that ideal has also disappeared, replaced by two truths: 1) that those thousands upon thousands of papers have not all been digitalized, and 2) there is still a lot of new paper being produced that still needs to be digitalized.

We frequently see the all-in-one or multifunction printer (MFP) being touted as the “new” input mechanism, allowing users to scan from any location. And while it is true that these devices, found throughout office locations, work for simple input of one item or several similar documents and play a particular role in digitalization, for true high-volume multibatch processing a dedicated scanner is often the only choice.

While the software that processes and automates data after input is key to true digital workflow, the fact is that for industries requiring high volumes of document input like law firms, service bureaus, government field offices, healthcare and more, input automation is a key factor and input speed is just as important as the ability to automate all the tasks related to the documents. High-capacity scanners with specialized automatic document feeders (ADF) can sort through a wide range of paper weights and sizes, allowing the capture of oddly shaped or flimsy originals like old receipts or pages from a bound book. They also often allow input of  mixed batches so there is no need to pre-separate stacks of paper, saving huge amounts of time. More advanced machines can also accept things like credit cards, ID cards and extra-long documents. This can help any business with the need to capture large volumes of data save time and provide better and faster service.

Other advancements, like misfeed detection, allow scanning devices to handle mistakes without human intervention or with a predetermined form of human intervention. Scanners can be programmed to take a specific action should a misfeed occur: stop the scan and alert the operator, continue scanning, or try to rescan the misfed document, enabling users to complete other tasks while jobs are in progress.

Also critical to speed and efficiency is the ability to build customized scan profiles. These allow for preprogramming of things like image enhancement, OCR and barcode recognition instructions, indexing and routing commands, and other features. For repeat jobs these can be embedded as profiles in the device’s control panel to streamline job configuration, set up to replicate virtually any scanning workflow need.

Automation has gone to great lengths to reduce user intervention before and during scanning, and has practically eliminated the need for end users for post-scanning processing. Built-in image enhancement features can work together with blank page detection, barcode and patch code recognition, and OCR capabilities to automatically enhance image quality, separate batches, recognize document types, read and act on encoded indexing and routing instructions, or read specific parts or the entirety of a document.

There are clear advantages to dedicated scanners. But what are some of the opportunities for placing them? The drive toward digital is more than just a trend — for many it is a requirement, and this offers a plethora of opportunities when we look at the individual digital markets.

One of the clearest use cases for scanning is the regulations required by individual vertical industries. The Gartner 2018 CIO Agenda survey showed that in 11 of the 15 participating industries, CIOs ranked digital business/digital transformation among the top three business priorities for 2018, with CIOs from the banking and investment services, telecom and government sectors placing digital business/digital transformation as their number one business objective in 2018.

The Managing Government Records Directive is a key driver for digitization in government. The directive, signed in 2012, dictates that government agencies should commit to the transition to a digital government and requires agencies to manage all permanent electronic records in electronic format “to the extent possible” by 2019.

An example of this is taking place at the office of Staff Sgt. James A. Kiezer at the Army Health Clinic SOUTHCOM Patient Administration Division in Miami.*

“Basically, what we do is provide a serviceman or woman copies of their records for things like filing a VA pre-separation claim prior to their retirement date. Under the former process the amount of time it could take to get these records depended largely on where the service member’s record was located,” Kiezer said. “It could take a month, it could take 45 days or even three months, and they wouldn’t be able to file their pre-separation claims until after the paperwork got here and was copied, which could take up to a week.

“What we wanted was to give a service member his or her copies within an hour — instead of five or six days — so he or she could send it to the VA and make an appointment for the next day,” he added.

One of the major roadblocks to an efficient pre-retiree workflow is the sheer volume of paper that accumulates and follows each member of the military around the globe during the course of a 20-to-30-year career. By the time an individual’s records reach the Patient Administration Division office they are jammed into one to three densely packed volumes of 300-700 pages each.

Making the creation of a streamlined digitalizing pipeline even more difficult is the nature of the papers in those folders. Created and filed over decades in commands scattered around the world, they vary widely in size (from standard and legal sheets to small factor forms), image quality (from hand-written to poorly typed to letter-perfect printouts) and attributes (onionskin originals, carbons, standard weight sheets and heavyweight forms).

According to Kiezer, each record was basically being scanned five times, compressing the time between the 180-day period allowed for requesting preseparation files down to days or often days minus.

Kiezer had long felt the logjam could be broken by digitizing each document only once: a single pass through a dedicated, high-output, high-performance scanner that would create easily searchable PDFs and file them in a single maximally-secured medical portal accessible by every authorized DOD stakeholder.

Only eight months after the first scanner went online in Miami, the program began delivering results almost exactly as planned. The test run took place on a file of almost 300 pages that would have taken six to eight hours with the old multifunction printer — with the scanner it took three minutes. Kiezer noted that “it will greatly reduce manpower and (help us) avoid the six to eight week wait that is the norm at other bases that send their medical files to a third-party scanning facility. Additionally, we increase the security of the files by not sending them to a contracted scanning firm.”

Also critical to the success of the program was the searchable documents in PDF format that greatly reduced the VA pre-separation claims process by months.

“By being able to scan records at a high speed we are able to send the medical record via PDF to the SM (serviceman or woman) and the VA,” Kiezer said. “This eliminates the VA having to send the paper record to their scanning site, which can take five to six weeks to scan into their system due to (the current) backlog.”

SOUTHCOM Clinic sends the medical record via PDF, then the VA drops the PDF into their record system and calls the service person the next day to make an appointment.

This government field office is just one example of the way regulation is driving the need for fast, efficient digital input. Other examples can be found in healthcare, where the requirement for “meaningful use” of electronic health records by 2014 spurred the drive toward digitalization in the healthcare industry. While neither this nor the Managing Government Records mandate calls for 100 percent digital, there are incentives and penalties that drive the adoption of digital and have made it imperative for organizations that operate in the space to find ways to digitize existing and new documents.

This article originally appeared in the April 2018 issue of The Imaging Channel. 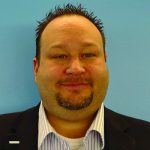 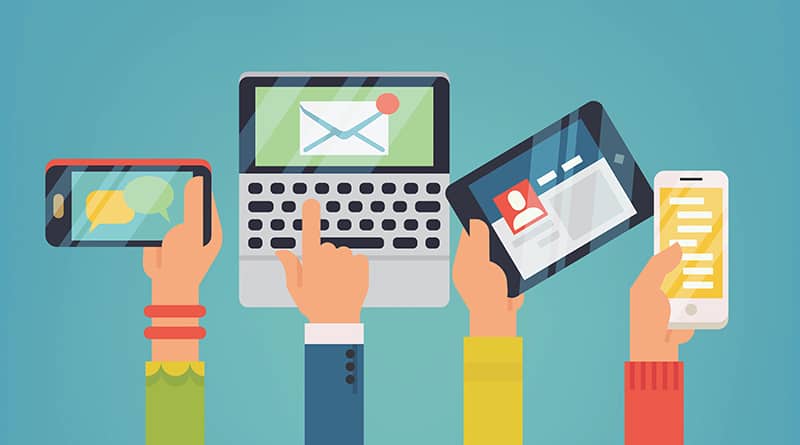 Capture Beyond the MFP: The Convergence of Mobile, Automation, and Conversion 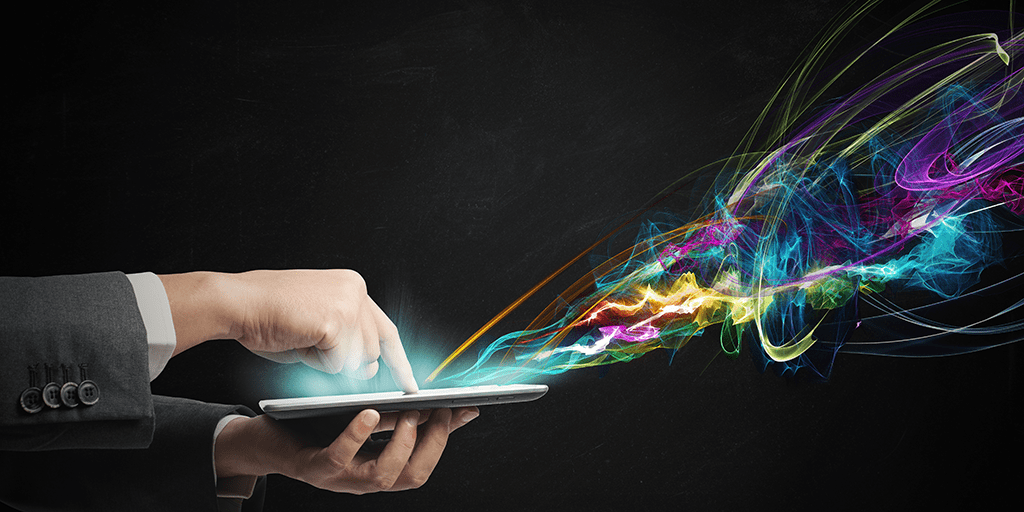 Why the Office of the Future Is Evolving Beyond Hardware