One of the best-known and most often-discussed maritime disasters was the sinking of the RMS Titanic. In many discussions, the tendency is to focus on a single item as the cause, while in reality there were several circumstances that contributed to the loss of the lives and the ship. There are lessons to be learned for leaders of companies in the business world today.

Combination of circumstances cost the ship

In an article written for NBC news, Science Editor Alan Boyle listed causes that contributed to the loss of the ship. It struck me, when reading about them, that each one has practical business applications as well. Here are five that I found particularly applicable:

Climate. There were two climate-related factors that contributed to the issue. One was a higher than normal tide that may have pushed the iceberg farther into the shipping lanes than was expected. Additionally, earlier weather patterns had increased the iceberg production and accelerated the movement out of the Labrador Sea.

Overconfidence. The belief that the Titanic was unsinkable and the desire to set a new speed record for crossing the Atlantic probably contributed to the captain’s determination to keep the ships speed up as he approached an area where icebergs were frequently sighted.

Weak rivets. There is some evidence that during the building process, iron rivets rather than the stronger steel rivets were used in some sections of the ship. These may have contributed to the amount of damage done to the ship.

Wrong turn. Recent reviews of information from survivors indicate that there was some miscommunication when a command was given to turn the ship away from the iceberg, and the helmsman turned the ship toward the iceberg.

Not paying attention to warnings. The radio man received a warning about the iceberg from a previous ship in the area and failed to notify the captain immediately. The way the message was coded didn’t reflect the urgency of the message, and so the radioman continued with other duties.

Comparable challenges in the imaging world

There are some striking parallels between these factors and issues facing businesses today. A leader could inadvertently make similar mistakes that could sink their business.

Business climate. The business climate is chaotic both on the macro scale and in our local environments. There is constant pressure to reduce pricing, and that is a danger in itself — you can’t lose money on every page and hope to make it up with more pages.

Additionally, there are icebergs in our industry that are eluding the notice of some companies. Print volumes in the office environment are declining, and the remaining jobs are moving toward A4 printers. The only real area of growth in the number of pages is in the industrial print space where digital technology is replacing conventional printing presses.

Printer manufacturers are deploying supply and support models that are designed to remove the need for existing CPC agreements used by the dealer channel today. If customers accept and adopt these new services, the revenue stream for dealers will begin to dry up.

Another looming threat is the expansion of inkjet technology into the office space. While this technology is good for the environment and the customer, it poses a threat to the dealer network. At the very least the financial model that we use today will be completely disrupted.

The move by the manufacturers into the industrial print marketplace is a change that will impact dealers as well. There will be pressure to move in that direction, yet many dealers won’t have the training, staff, or knowledge to sell in that arena.

The continued consolidation of the dealer network is a threat to dealers as well. As the mega-companies continue to expand, they have a stronger competitive advantage because of their scale, purchasing power, and a broader range of services to support clients.

The current CPC model is becoming obsolete, and dealers and manufacturers are moving to various flat-rate billing schemes. The basic premise is that like many other things, clients don’t care about ownership, they are looking for results.

In many other areas, the business has shifted to a service model. For example, we have Software as a Service (SaaS), Unified Communications as a Service (UCaaS), cloud-based storage, and managed network services( MNS).In each case, users pay a flat monthly rate for what they need. In our industry, the case can be made for Imaging Device as a Service (IDaaS), Seat Based Billing (SBB) or Device Based Billing (DBB), all of which are similar to other industries’ moves to subscription-based support.

Overconfidence. This is one of the real challenges that faces leaders today. It is very easy to believe that past successes are indicative of future success. The belief may be that we have always done it this way and it is working – why change?

Instead of relying on the past, leaders need to constantly be looking at the future and watching for the icebergs that may be just over the horizon. When troubles appear, promptly adjust the throttle and the course to avoid a collision.

Weak links. Our employees are like the rivets that hold our company together. We want to make sure that they are like hard steel, not a weak link. The current tight labor market may push us toward hiring weak candidates and keeping the existing staff no matter the quality. Making the wrong decisions on employees can be disastrous.

Moving in the wrong direction. When leaders see challenges on the horizon, some elect to immediately make a hard turn to avoid the challenges. It is important to make sure the turn is correctly communicated to the employees so that they understand and cooperate with it.

Not heeding warnings. When attending recent events as well as participating in webinars, I see evidence that industry analysts see challenges in the longer term. I based the challenges in this article on comments from industry experts.

Two leading consultants a couple of years back shared the opinion that the industry had five to 10 years left using the current financial model. On a webinar in October, when asked about the future, the speaker said that the dealer model was probably ok for the next five or so years.

Ask yourself: Am I ready for the future? Do I have a plan to deal with the changes in our industry? What challenges exist that I am not seeing? Am I listening to the warnings?

The sinking of the Titanic was completely avoidable. Addressing any one of the factors might have saved the ship. Addressing any two or three of them would have prevented the disaster.

Pay attention to the climate

While I am not encouraging anyone to believe everything that people write about the economy and the market trends, I believe that it is crucial to listen to the analysts and industry leaders and weigh what they say with what you see happening.

Watch what your vendors and your competition are doing. Try to spend some time on webinars and at trade meetings to get a solid sense of where the industry may be going.

Listen to your customers and observe how their buying habits change, not only with imaging products but their overall buying patterns. Don’t be afraid to ask how they would like to obtain their imaging devices.

Don’t let your success in building your business blind you to the fact that your past success has no bearing on your future success. The captain of the Titanic may have felt that he had crossed the Atlantic many times without issue, so there was no reason to worry about this trip.

Hire and retain the best

Hiring and retaining the best employees will be a difficult task in the current labor market. The nature of the workforce is changing significantly with the Baby Boomers retiring and millennials and subsequent generations moving in to replace them. The new employees have very different expectations, work habits, and needs. These don’t mean that they are better or worse than the workers they replace, they are just different.

Spend time working on your business plan and make sure that it accounts for the various changes coming to our industry. Don’t use the past as your guide for the future. Spend time looking out 5 to 10 years and think about what will be different. Determine where you want to be, and then plot the course to get there. 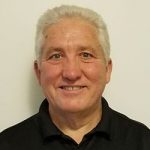 Ken Edmonds is a consultant, management coach and service management trainer with 25 plus years experience in the industry. He has had the opportunity to participate in every function inside a dealership, having owned a Toshiba dealership and worked with two different manufacturers as a district service manager. During that time he had the opportunity to learn from and share information with some of the largest dealers in the U.S. He has had the privilege of attending the BTA Fix class two times, the Pros Elite Group Training two times, the Service Managers Achieve Results Through Training conducted by John Hey and John Hansen, and the BTA ProFinance training. He is a noted speaker and contributing editor to multiple publications.