The concept is simple. Typically weekly, the supervisor and direct report get together for 30 to 60 minutes. The general purpose of one-on-one meetings is to improve communication, build relationships and coach. The meetings are scheduled in advance, include an outline or agenda and are more informal than a full review or a project update/status meeting. Doesn’t sound too tough, does it? Get together regularly, get caught up on personal and professional issues, share some information and offer a little coaching. The fact is, great one-on-one meetings are extremely simple and extraordinarily powerful. They are also rarely done well and generally held inconsistently, if at all. Simple concept, tough execution.

Let’s look at Fred, an average manager running a regional sales department of seven reps. Five of the reps are remote and two are in the office with Fred. Fred knows it’s important to spend time outside of pipeline reviews and impromptu “touching base” discussions. Fred sits down and schedules out his one-on-one meetings for the year. Fred knows that if it’s not on the calendar it won’t happen. Let’s look at the math. Seven reps at 30 mins per week for 50 weeks – that’s only 10,500 minutes per year. Wait! 175 hours a year? That’s 4.375 weeks out of Fred’s year in just these meetings! And let’s not forget that any good meeting has an agenda, a few notes to compile and then prep before the next meeting. Fred is pretty efficient so he will only spend 5 minutes a week summarizing his notes from each meeting and 5 minutes a week to prepare for the next meeting. Another 3,500 minutes, or 58 hours. Fred does the math and panic strikes! Is Fred really going to allocate (meaning put on his calendar) 233 hours per year (5.825 weeks) to pull these off? Is he going to follow through?

Sean runs a small team of three marketers. He is convinced of the importance of the one-on-one meeting. He holds 45-minute meetings every week with each of his team. He has an efficient outline and stays on track — 10 minutes for anything the direct report wants to talk about, 10 minutes on project updates and 10 minutes on … time’s up! What happened? Sean never gets to coaching or relationship building because the first 10 minutes have migrated to gripe sessions and the balance of the meeting time centers around the status of projects. Sean is convinced that these meetings are crucial but Sean has trained his direct reports to bring all of their problems to the meeting right up front so that they leave as little time as possible for updates. Don’t blame Sean. After all, he’s just trying to get as much done as possible and if he is going to have a meeting, it is darn sure going to be productive. Don’t blame his direct reports either. They truly want help and support. Unfortunately his direct reports have found that these meetings are more about getting things done (all about Sean) than about building the relationship and understanding where to offer coaching support (all about the direct report). Sean’s direct reports just want Sean to show he cares about them and that they are valued.

Steve used to look forward to one-on-ones with his team. He built relationships, got to know about his people, what made them tick, their hopes, desires, dreams and frustrations. “Used to” was a long time ago. Over time, the meetings became little more than a forum for venting. For a while Steve tried to guide the discussion away from complaints but eventually he gave up. Now Steve hates the sight of one-on-ones on his calendar. He begins to find reasons, any reason, to cancel. When the meetings do take place, he no longer prepares in advance or summarizes his notes afterwards. He doesn’t look to see if progress is being made. If truth be told, he doesn’t even bother to pretend anymore. He knows it and his people know it. Exasperated, Steve cancels all of the upcoming one-on-ones and sends a memo to his team declaring that he is giving them back their time because the meetings weren’t productive and, “everyone has so much to do already.” Steve feels good because he eliminated what he dreaded. At first, his team feels good because they no longer have to keep the schedule BUT they also feel rejected and unimportant. The message is the work results are of greater priority than the people part of the business.

One night, Steve, Sean and Fred happen to find themselves at the same event. Steve mentions how he just cancelled all of his one-on-ones. Fred and Sean, secretly envious, ask why, when what they really wanted to know was how. Over the next hour, the conversation turns to a list of the reasons that one-on-ones suck. Time, gripe sessions, unproductive, and the list continued on.

Mary happened to overhear the conversation and asked why they had started the meetings in the first place. The team recounted their original reasons: communication, relationship building and coaching. Mary then asked if those reasons were no longer valid OR if it was possible that the purpose and the benefits of the meeting were still valid, but if maybe the way the meetings were held and conducted was the real issue.

Rules for Productive One On Ones

Rule 1: Scheduled. Meetings that aren’t scheduled don’t happen. Maintain a consistent cadence, whether it is weekly, biweekly or monthly. Block the time and do everything possible not to reschedule. Face to face meetings are optimal. It if is not practical for both parties to attend in person, the next best option is Skype, Facetime or one of the other online meeting platforms. The phone meeting, while not worthless, is definitely worth less. Facial expressions, body language and attention are hard to evaluate without the visual aspect.

Rule 2: Prepared. Meetings should have a consistent flow and topics prepared in advance. There will be times when it is hard to determine whether the meeting was productive, but after the first few meetings, if both parties are prepared, there will be no question about the value. Once you have determined the best outline or agenda for your meetings, preparation is as simple as a creating a list of a few questions to be delivered in advance of the meeting,, reviewing notes from the last meeting and making certain it doesn’t get bumped from your calendar.

Rule 4: Positive. Recognize positive behavior, reinforce the behavior, and repeat. Everyone enjoys being recognized for doing a good job. Make a point to take notice of what people are doing right/well/better and give them one-on-one recognition even if you have already provided public accolades. As managers, the most important job we have is to bring out the very best in our people and recognizing and reinforcing positive behavior is a powerful tool.

Rule 5: Challenging. Challenges and opportunities are always interwoven and linked. Challenges drive opportunities. When the hard conversation needs to be had, have it! The direct report needs your insights or they will stay stuck where they are. Also, allow the direct report to offer input on the organization and yes, even on you. When you notice trends, report this up the chain. Great leaders bring important and relevant information to their bosses. They are always looking for what they themselves may not yet be seeing. And if the challenge is “you,” work on that! Our greatest growth comes not from our natural abilities but from our abilities and skills strengthened through the challenges we face. Lemons or lemonade? Challenges or opportunities? Potatoes or potatos?

Rule 6: Question-Oriented. Ask, don’t tell. As managers, the greatest responsibility and the greatest opportunity are to bring out the very best in our people. Resist the “Here’s how we do …” or the, “Here’s what you should do …” or “Here’s how to handle that. ….” Instead of telling, do some asking. “What do you think we should do about that?” “Have you thought about your options on this?” Use questions to guide.

Rule 7: Relational. Spend at least one-third of the meeting time engaged in relationship building. Yes, this means that sometimes things will get messy. All you wanted to do was finish that project and now Craig is rambling on about his collection of Alpaca hair weavings. But what if you actually cared enough and showed it by listening to Craig when he talks about his passion? Please don’t misunderstand me; I am not suggesting that you be fake or manipulative. I am suggesting that people like doing things for other people who show an interest in them. “No one will ever care about you until they know you care about them.” Ask 100 businesspeople what is the most important thing in business and 99 will say, “It’s the people”. This has become the mantra of many companies – “Our people are our most important assets.” If you answered, “It’s the people” then the one-on-one is the perfect tool to prove it! Invest time. Ask questions. Coach. Engage. Because as the end of the day, it really is all about the people.

Rule 8: Documented. There is that word that is normally reserved for the government, HR and lawyers. In this case, “document” means write it down. Take notes! A quick review of your notes before the next meeting and you have a pre-meeting plan. Taking good notes shows your direct report that you are really listening (and it forces you to actively listen) and makes preparing for the next meeting quick and efficient.

If you believe that your job as a leader is to coach and develop your team, prove it to them by committing to invest your own time in great one-on-one meetings.

Brad Roderick is executive vice president of InkCycle Inc. He is an industry veteran with more than 25 years of sales and marketing experience. He is an active member of the imaging industry as an author, trainer and speaker. Contact him at broderick@inkcycle.com.

is executive vice president of InkCycle Inc. He is an industry veteran with more than 25 years of sales and marketing experience. He is an active member of the imaging industry as an author, trainer and speaker. Contact him at broderick@inkcycle.com. 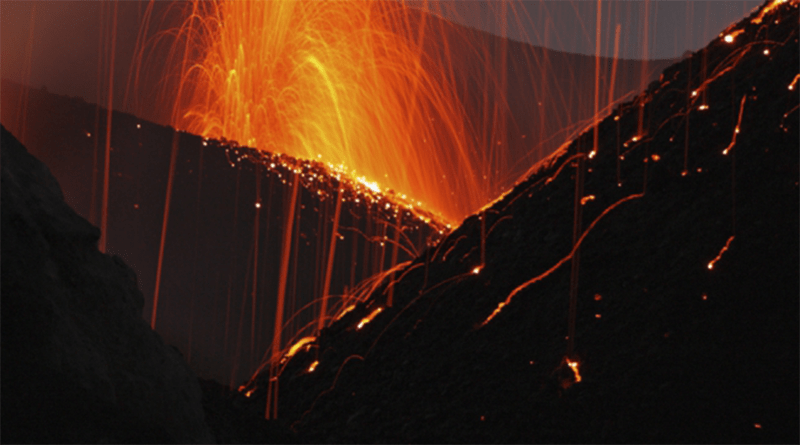 In Praise of Incompletion