Everyone loves landing the big accounts that look great on the masthead. They add credibility and validate a service provider’s position in the market as one who can effectively deliver enterprise level solutions. But for all the excitement large wins create, it’s the day-to-day wins in small- to medium-sized accounts that keep the lights on and margins healthy. According to SalesForce, over 90% of the business population represents small and medium sized businesses. By extension, they also make up a large portion of most service providers’ install bases. With all that revenue at stake, what if those accounts became increasingly more difficult and more expensive to manage? The truth is, they are.

Since the early pioneer days of managed print, having the ability to remotely monitor customers’ print devices for supplies and service needs has been essential. And ever since that need arose, service providers have been using essentially the same technology to assess and manage customer environments — a client-side application that resides on a workstation or server affectionately known as a Data Collection Agent, or DCA. Almost as quickly as the first DCAs rose to popularity among service providers, so too came the first DCA that stopped reporting. Like the fall in Eden, paradise was lost and DCA installations were fraught with a certain degree of risk and uncertainty.

This inconvenient aspect of DCAs quickly became apparent. Because they had to be installed on the customer’s network and typically on a workstation or server, there would always be the risk of some incredibly inconvenient tragedy befalling that workstation or server that would in turn require the attention of the service provider, and as everyone is aware, the continued attention of a service provider is an expensive commodity. In short, remote monitoring is good, but if a service tech is continually required to go out and reinstall the DCA, the cost of goods sold increases and margins suffer. When margins suffer, service providers become less competitive, the business suffers and a chain reaction of things unpleasant to a P&L sheet begin to occur.

At first, the number of DCA failures were few and manageable — two or three here and there, not a big deal compared to the number that were successfully reporting and enabling service revenue. Time passed, the numbers rose and it slowly became a nuisance. Today, many service providers have a dedicated employee responsible for fixing DCAs that stop reporting. It’s viewed as part of the cost of doing business, and it’s getting worse.

Why is the problem getting worse and not better? After all, technology evolves and makes everything better, right? But in fact, it is the evolution of technology, or more accurately the evolution of technology adoption, that is one of the main culprits behind most disconnected DCAs. How is that possible? Because even though most service providers are still installing DCA’s on workstations and servers like the early MPS pioneers did, the workstations and servers have changed and that has made all the difference.

As recently as the early 2000s, employees around the world went to work each day, made their coffee, talked around real water coolers and then dutifully went to their desk and logged on to their computers. Those computers actually remained on the desk for their entire existence and were only moved when someone from IT came by to install a new one. I know this because, like many of you reading this article, in the early 2000s I went to work each day, made coffee, talked around a real water cooler and then dutifully went to my desk to log on to my computer. I did my work and at the end of the day I logged out and went home. The computer stayed behind.

I live in Kentucky and sometimes our adoption rate for new trends is a little slower than the norm. Mark Twain once famously said, “When the end of the world comes, I want to be in Kentucky, because everything there happens 20 years after it happens anywhere else.” There may be some truth to that but during this period, I routinely traveled to Atlanta, Chicago, Pittsburgh and New York, and workers there all left their computers in the office as well. The fact is that when a DCA was installed on a computer during this period it tended to work very well because the computers remained at the office connected to the network.

What has happened since that time? It won’t be news to anyone reading this that more employers have switched to laptops versus desktop PCs. The number of desktop workstations has decreased and, in some environments, been eliminated altogether. Service providers are now forced to install the DCA on a laptop. The natural result is that the laptop is not constantly connected to the network and therefore not always reporting information, leading to a DCA that stops reporting and must be reconnected or reinstalled. Experienced service providers know not to install the DCA on a laptop for this very reason, but that doesn’t stop customers from doing so when sent a DCA file. The bottom line is that, especially among SMB customers, there are far fewer opportunities to effectively install a DCA on a desktop PC and DCAs get installed in suboptimal situations (i.e., laptops that don’t stay connected to the network.)

Up in smoke — or the cloud

The alternative to installing a DCA on a PC was always to install it on a server. In fact, for many resellers, this was considered a best practice. Like the workstation, server technology also evolved — mainly in the form of the cloud. Over time, companies who had up until then dedicated resources to managing and supporting servers on-premise became comfortable with running mission-critical applications on servers in the cloud. By extension, much of the day-to-day server management was outsourced to Amazon Web Services, Microsoft Azure and other cloud service providers. SMB customers who previously could have provided servers on which service providers could install a DCA no longer did. Their operations were running on servers in the cloud.

Between the trend toward laptops and the trend toward the cloud, where does that leave us with our SMB customers? Those customers have fewer workstations to begin with, and the high likelihood is that most of them are laptops. DCAs installed on laptops require significantly more interventions and result in information reported less consistently than those that are not. That makes for a higher cost of management and a lower quality of service and support. Not being able to efficiently manage these environments is taking a toll on service providers’ operational expenses and overall margins.

Most managed print service providers are seeing this situation escalate in their daily operations as more and more time is being spent troubleshooting and reconnecting DCAs. Just like the end customer print inefficiencies that drove the need for managed print services, failure to evolve the DCA has created inefficiency upstream and is now driving up costs and wrecking responsiveness for dealers and service providers — especially with their SMB customers. At some point, the added costs must pass to these customers or service providers will be unable to offer competitively priced services in this section of the market.

As our channel looks to extend solutions to its SMB customers, it must do so with solutions that are specifically designed to work well in those environments. All signals point to this mobile computing trend being around for a while. With laptop PCs and other mobile workstations being used more exclusively in many small to medium sized customers, service providers will need to transition to DCA solutions that have adapted to these changes or potentially lose their SMB service revenue to those that have. 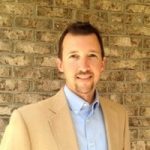